The contemporary bar and lounge areas, low-lit and abounding with purples, lime greens and greys, have a relaxed vibe with sofas and bucket seats, and plenty of private spots. There are 20 meeting rooms for business guests, a Costa Coffee bar and fast, free Wi-Fi throughout the building. 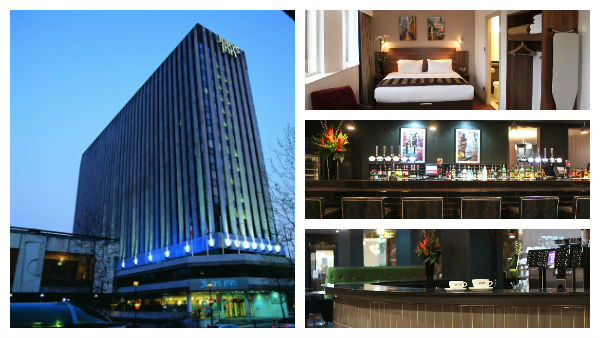 Laundry service six days a week. Room are suitable for up to three adults, or two adults and two children under 12 years sharing, with en suite bathrooms, complimentary toiletries, and tea and coffee facilities. Executive-level Room is good for an upgraded experience, having a comfortable chair and writing desk for work, an armchair with reading lamp, a comfortable super-king bed and Sky TV package. There is a non-detachable shower over a low, easy step-in bath.