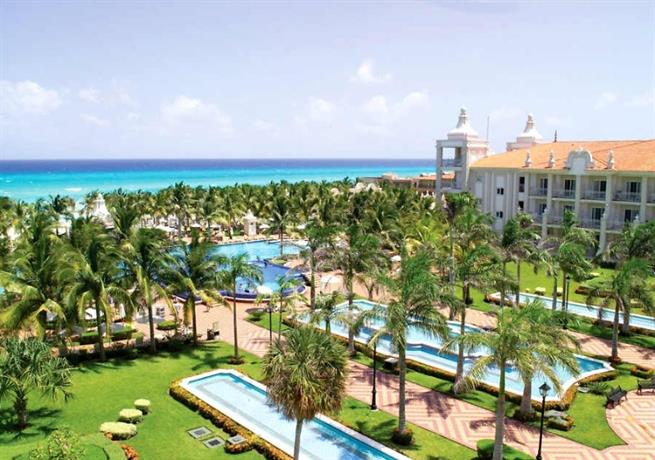 The beach they show in the picture is not the beach that is there, no fence in shown. My husband and I went down by the ocean and walked the beach for maybe five minutes and we had to either turn around or walk through the smashing waves and rocks to get beyond the 75 ft long brick wall that was separating it from the other hotels, to get to the other side. We did this on the first day and we took a cab back to our hotel because it was too treacherous to go back the way we came.

If the restaurant gets booked for the next night and you are standing in line you cannot make reservations for the following night and then you have to wait in line the next day between and If everything is full you are left with al carte or going downtown to spend your own money on a restaurant there. There were a lot of complaints about this reservation system.

You can only eat breakfast and lunch at the other RIU's, not dinner. Is the hotel nice yes, is there anything really lively about it at night NO! Thank god for downtown Playa Del Carmen. I am not complaining these are all factual statements".

I believe check-in time is at We arrived around , and had no problem checking in and going right to our room. We had an standard exterior room, with a view of the Reef Playacar, which was a nice view. The rooms have balconies with clothes drying racks, a sitting area with cable tv about half and half of spanish vs. The decor of the hotel was very nice. We walked to the other Rius in the area about a min.

The decor was a bit drab in the Sports Bar. The staff at the hotel all seemed to be very friendly and willing to help with the exception of 1 or 2 minor instances. Most of the staff spoke a little English or enough to pertain to their particular job function ,but it helps to know a little Spanish. Our room was cleaned every day and stocked with toiletries, water, and soda. Our bed was turned down every night that we made our room available. There were activities all day, including stretching on the beach, water aerobics, beach volleyball, water volleyball, bingo, horseshoes, dance class, and spanish class.

There were umbrellas and plenty of chairs by the pool, but we did have to grab our seats by about am, because they were all "reserved". There are plenty of chairs by the beach, but little shade. There are some palm trees that have grown in enough to provide shade, you just have to move your chair as the shade moves throughout the day. There was entertainment every night in the theatre, and was pretty good. Mostly dancing, and themed shows vegas show, mexican night, etc.

The food was pretty good. Breakfast was very good, with lots of options- pancakes, eggs, omlettes, cereal, juices, breads, fruits, mexican food, and more. Coffee was inconsistent in the morning. Some days it was really strong and other days really weak. They also don't have creamer, just milk. They did have really good coffee drinks at lunch and dinner cappuccino, latte, etc. Lunch was served in the restaraunt by the beach, and was pretty good, with lots of options. They always had burgers, hot dogs, pizza, pasta, salad, fruit, sandwiches, ice cream and mexican dishes.

The Mexican-made sodas Pepsi, 7-up, etc.


Also, the water served with meals was not very good, but we had plenty of bottled water from our room. We stuck with juices from the bar. The "fruit punch" non-alcoholic drink was really good. We ate the buffet main restaraunt for dinner once, and it was average. All of the A La Carte reataraunts were much better that the buffet. We did not like most of the desserts, as they seem to have some sort of licquer or sticky sauce. I think this is a regional difference, as we Americans are used to light and fluffy cakes and desserts.

They did have really good coconut ice cream at lunch though. The beach was nice, with very clear water and soft sand. We wore aqua shoes, as there was coral in many areas of the water. I have heard that there was a lot of damage from Hurricane Wilma to the beaches. They have free boogie boards, kayaks, paddleboats, windsurfing and sailing.

There was also for a fee snorkeling, scuba, parasailing, and jet skis. The pool had a infinity-type section, and a regular section where they had volleyball and aerobics. The pool was not heated, but it felt great after being in the sun. The main areas of Playa Del Carmen were about a min. We went to 5th Ave.

The further north you go, the nicer the area becomes, and the more restaraunts and entertainment. I thought the hotel was kid-friendly, but it didn't cater to kids. There was a kids pool and play area, but most kids were playing with their parents in the water or on the beach. The workout room was pretty nice, it is located in the spa. We went jogging most days, but there were treadmills and bikes. There is also a limited selection of weight machines in the gym.

There are no dumbells, and no mats or carpeted areas to do crunches or floor exercises. There are saunas in the locker rooms, and 2 hot tubs outside. At least one of the hot tubs was always nice and hot. They also have a lighted tennis court.

Overall, we had a wonderful experience, and I would recommend this hotel! Our party consisted of 4 adults and 5 children ages 2,4,8, and Our children swam everyday in the beautiful pool and made friends with other kids who were staying there. The restaurants were crowded, but we all ate well. Rooms were very clean and staff was very friendly.

This was a great place to take the family and I would tell all my friends to also stay at the Riu. We were my husband, myself and our 6 year old twins. Our experience: We arrived at hotel at am, they sat us in lobby bar, brought us cold drinks and did entire registration while seated-which was nice since we had young kids and had been up since 3am. Our original room had an inside view but it was of the upstairs of the lobby- we requested a room change to view the fountains or pool.

They accomodated our request and were moved on our second day. We did have to go back and forth with them a bit but they gave us multiple rooms to choose from. And once we moved they sent a fruit plate to our room. Housekeeping was sporadic- turn down service at night did not happen every evening and a couple of days our rooms weren't cleaned by late afternoon. 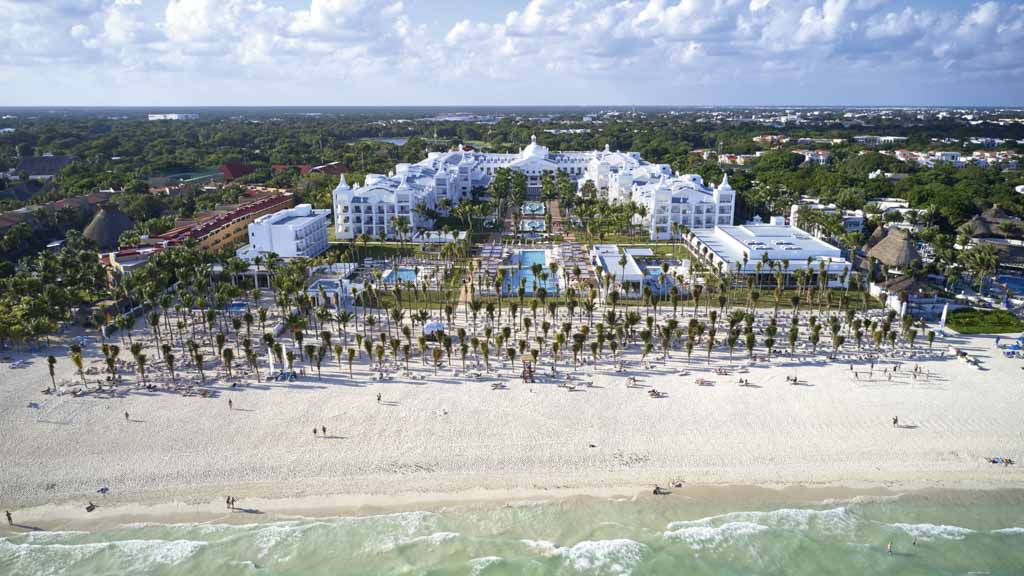 Lunch was at a poolside restaurant- which was open all day so the kids could go in and have snacks or ice cream later in the day. We had dinner at 2 of the a la carte restaurants and the food quality was much better there than at buffet.


Pool was great- we were at pool every day from 8am until 4 or so. We'd go down to beach for swims but didn't sit on beach due to lack of beach chairs at the water level due to the sea wall mentioned in other reviews. Entertainment was good- kids enjoyed the kids disco, and the music at night was really nice to listen to. Kids club- was really suited to much younger kids- a very tiny kids pool and a playground- but my kids had fun going there a couple of times.

Staff- was very helpful and willing to please- the one thing was most of the staff only spoke spanish so it was difficult communicating our needs to housekeeping at times. Overall we had a great time and our kids did too, for the few areas where things could have been improved, with communication to the hotel staff our requests were always accomodated. 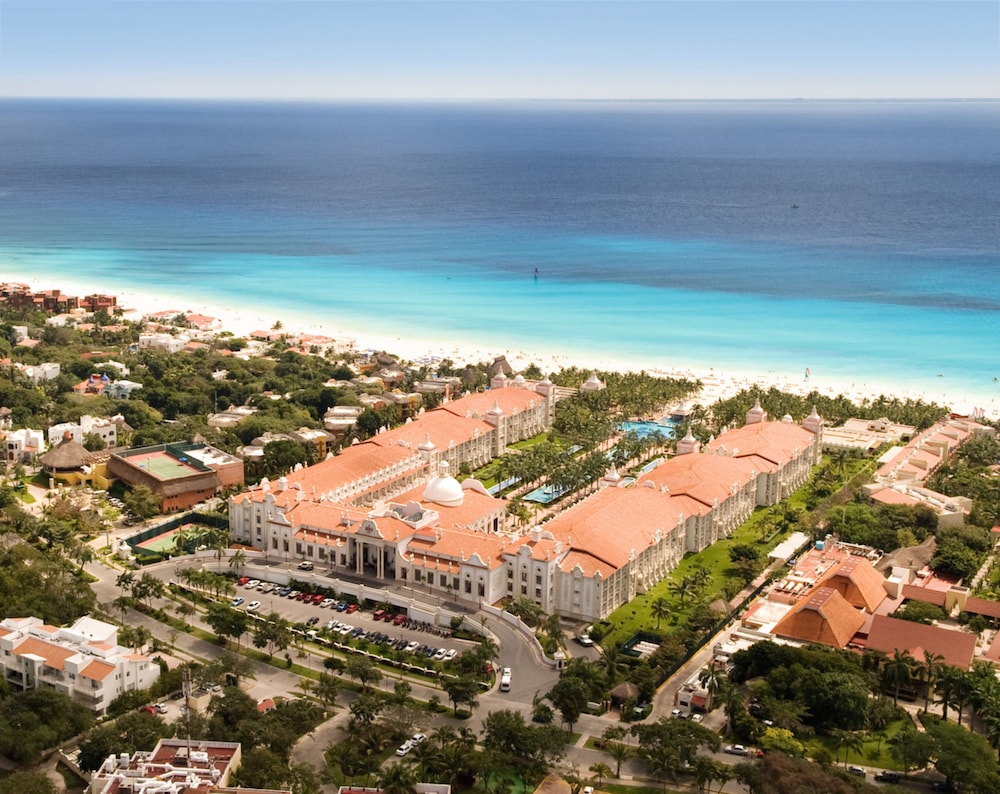 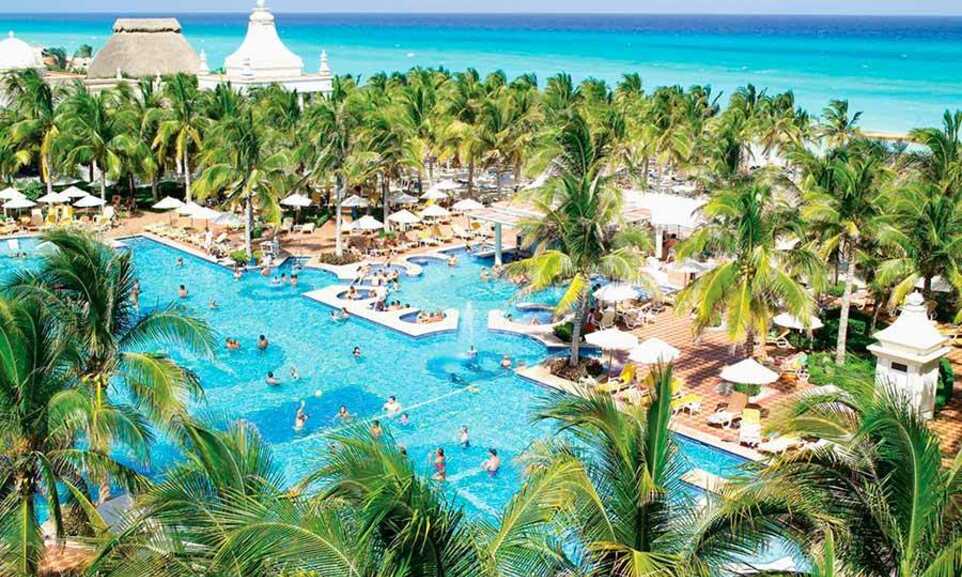 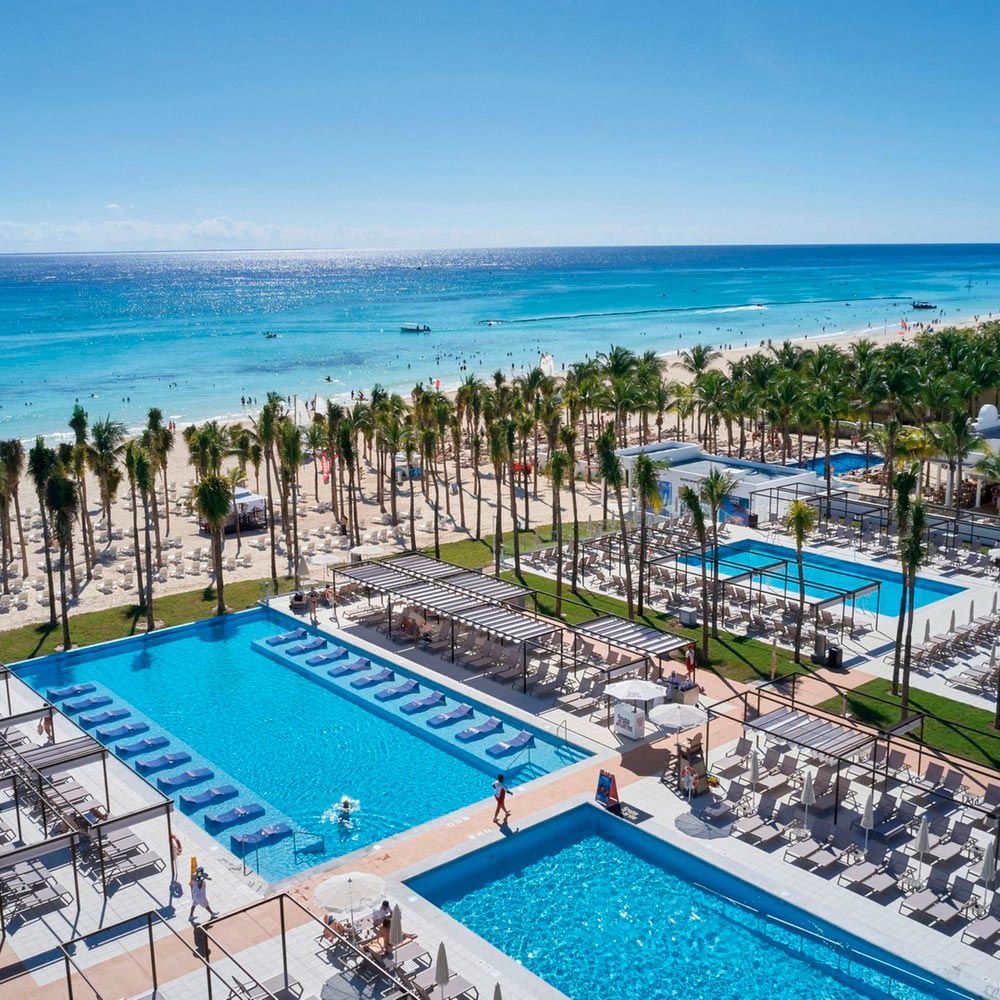